Today the Temple is hosting a farewell party for my teacher, James Myo'un Ford, Roshi, as he prepares to move his life westward to Long Beach, California.  He'll be making the Temple his home base for the next two weeks, and today many sangha members will come for a pot-luck dinner at 5, followed by a ceremony of celebration, which should be sufficiently moving and embarrassing for him in turn.  Advice, roasting, and stories will all be invited from the crowd.  There will be gifts and even a song especially composed for the occasion by Nat Needle:    Why are James and Jan Going to the West?

As I sit and wait for the hordes of well-wishers to arrive, I am moved to reflect on my own good fortune to have encountered James.  We met in 2001, after I had left my first Zen teacher over disagreements about his ethical behavior.  It was a sad and confusing time for me, and then suddenly James appeared (from the West!) and adopted me as his student.  Later, he ordained me, and then made me his first Dharma heir.  His generous style of teaching has had a profound impact on me.  I regularly say that he saved my life.  It's not an exaggeration.

Together with my husband David Dae An Rynick, Roshi, and James' second Dharma heir, Josh Mu'nen Bartok, Sensei, we created Boundless Way Zen, a new American Zen school that emphasizes koan study and shikantaza in equal measure, and which promotes the practice of Zen in everyday life. James plans to remain in touch as he heads to Long Beach to start a west coast branch of Boundless Way Zen, and I look forward to many phone calls and skype visits, as well as his occasional return to the east coast when his life permits.  The Dharma bond exists outside of space and time, and for that I will be grateful forever.  Safe travels, James!
Posted by Melissa Myozen Blacker at 10:30 AM No comments:

coming and going we are never astray

I'm entering a period of a lot of travel and teaching.  I just returned from North Wales, England and Ireland, teaching retreats and workshops with my husband and teaching partner David Dae An Rynick, Roshi.   Later in the summer I'll be at Omega Institute teaching a Wellness course, and then a Zen retreat with David.  After that a sesshin here at the Temple with David and Josh Munen Bartok, Sensei, and then David and I travel to Finland and Denmark for more retreats.  And at the end of August, another retreat at Omega, sponsored by the Shambhala Sun Foundation,  with Sylvia Boorstein and Tsoknyi Rinpoche.  Here's a video from the Sun's website Lion's Roar.  (My detailed teaching schedule and links for registration can be found on my website:  www.melissablacker.com.)

Doing this much traveling means truly living what I'm teaching -- every moment is an opportunity for awakening, no matter where we are.  And everyone we meet is important.  So far, even with the usual glitches in travel and difficulties coping with food and sleep, it appears that reality is still comprised of one moment after another.  Clouds and sun, mountains and valleys.... as Zen Master Hakuin said, "Coming and going we are never astray."


Posted by Melissa Myozen Blacker at 7:24 AM No comments:

Where's the Real Stuff in Life to Cling To? 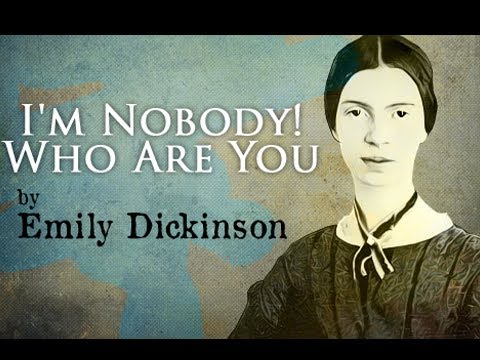 
Recently these words of Emily Dickinson, (1830- 1886), our most reclusive of American poets, have been going through my mind.  This was one of the earliest poems I memorized, probably in elementary school, and I'm sure that I thought she was talking about being shy.  Which was something I could relate to very easily.  But through the lens of Zen practice this poem takes on a different meaning.

We truly are nobody.
No matter how much we try to build a self that lasts and is unchanging and reliable, the truth is that we change from moment to moment.  The endless ego-building work of trying to be somebody is so dreary.  Like a frog wallowing in a bog, it's constricting and tight and messy.  The alternative has to be kept private, or we'll turn being nobody into being somebody (but someone advertised as nobody.)  And of course, writing about this is a form of advertising, so I'd better stop now, and let Jimmy Durante take over the real work.  As he says, fame, if you win it, comes and goes in a minute.  Where's the real stuff in life to cling to?  And guess what the answer is?
Posted by Melissa Myozen Blacker at 1:17 PM No comments:


Yesterday Boundless Way Temple had its first annual Buddha's Birthday celebration, followed by its third annual Buddhas Over Worcester sculpture exhibit opening.  Twenty-four artists have works on display in the Temple garden that represent "awakening," which is the literal translation of "Buddha" -- the Awakened One.   Over one hundred people wandered through the garden, contemplating the sculptures.  (The show will be open from sunrise to sunset through July 11.)

The birthday celebration gave around 25 people the opportunity to celebrate the birthday of the Buddha, 2600 years ago.  This event is celebrated on different dates in different Asian countries.  In Japan, which is where our ceremony comes from, the date is April 8.  But we wanted to have the Buddha's party coincide with the opening of Buddhas over Worcester.  Just by chance, yesterday was Buddha's birthday in Nepal.  We dedicated our ceremony to all the people affected by the tragic earthquake last week.  The biggest feature, besides chanting, parading around with percussion instruments and streamers, and having a silent walk through the garden, was getting to bathe the baby Buddha with fragrant tea.  Some lucky celebrants got cookies made by Erin Barbour, who was the coordinator of the event, along with David and me.

Happy Birthday Buddha!  In heaven above and earth below,  you (along with everyone) are the world-honored one!