For your listening pleasure!

Audio recordings from the Boundless Way Zen Rohatsu 2014 sesshin are now available online at:http://www.boundlesswayzen.org/recorded.htm
Posted by Melissa Myozen Blacker at 11:59 AM No comments:


Audio files of the talks from our October 2014 sesshin are now available online at http://www.boundlesswayzen.org/recorded.htm.
Posted by Melissa Myozen Blacker at 2:20 PM No comments:


Back in June, I was invited to give the opening invocation at the Massachusetts State Democratic Convention, in Worcester.  While I was anticipating the speech I was both excited and petrified.  I knew that there would be more than 6000 people in attendance, and I had never spoken to more than 200 people at any one time.   I could barely imagine what this would be like.  Also, being a contemplative and not a politician, I wasn't sure what I should or even could say.  I sat with this question for quite a while, and finally realized that when it came to people who have given their lives to politics, I was most interested in why they had oriented in that direction in the first place.  I had a suspicion that, although a life of public service may, on the surface, look different than the life of a Zen priest, there might be some fundamental commonalities.  Once the "what" of the talk clarified, I was able to face the fear more directly.

As I was preparing for the talk, I remembered the very first public talk I had ever given, 30 years earlier, while I was an intern at the Connecticut Hospice, training in grief counseling for my master's degree in counseling psychology.   I felt the same mixture of excitement and terror, and so I decided to head to the chapel a few hours early, to practice at the podium in the chapel where I would deliver my remarks to a group of 50 people interested in how the "bereavement team" at the Hospice operated.  As I stood in the empty room, the chaplain, a Christian minister, came in and was surprised to see me there.  She said, "I thought you were talking later in the afternoon...what are you doing here so early?"  And I told her about my fear and the conviction that I would be a failure.  She laughed, and said, "who do you think will be giving your talk?"

As a Christian minister, she was pointing to the reality, for her, that we are all instruments of God, who speaks through us even when we think that we're the ones who are speaking.  I remember being so reassured by this view, and while I barely remember the actual talk, which I seem to recall was well-received, I always remember her kind and wise words.

As a Zen practitioner, I now see that her question refers to the same great mystery that some of us call God, and others just call, well, the Great Mystery.  There are a number of koans that point to this same teaching:  "Who is hearing?  Who is speaking?  Show me your original face before your parents were born!"    To know and deeply trust that we are instruments allows us to act with clarity and kindness even in situations that are frightening, like standing in front of 6000 people and asking them to consider why they got into politics in the first place.

As it turned out, it was a completely positive, and extremely brief experience.  I met a number of lovely people, including Lisa Wong, the mayor of Fitchburg, a delightful person, and was well taken care of by my "handler" Deejah, a young intern with a state representative.  I met Martha Coakley, who is a friend of two very old friends of mine.  She called me the CIO of the convention: "Chief Inspirational Officer." And I got to have my picture taken with one of my heroes,  Elizabeth Warren, and hear her give an amazing speech.

Here is the speech I ended up giving:

Welcome to Worcester, and to the 2014 Massachusetts Democratic Convention!  I am so pleased to be here this evening with all of you.

I am a Zen Buddhist priest, and I live and teach at the Boundless Way Temple on Pleasant Street here in Worcester.  In Zen Buddhist practice, we take a vow to devote ourselves to the welfare of all beings.  In some way or other, all of us are here tonight because we were called, at some point in our lives, to work for the common good.

Please join with me now, closing or lowering your eyes, and take some time to look back over your life, to the time in the past when you clearly realized, without a doubt, that you just had to direct your life to working for the benefit of others.  In that moment, you made a decision to give of your time and energy, to care not only for yourself and your family, but also for your community, your state, your country and the world.

In our shared silence, please remember what originally touched your heart, and led you to this moment, to this time and to being here at this convention. No matter what you believe or what religion you practice or don’t practice, a life of public service is a life of the spirit.

Posted by Melissa Myozen Blacker at 6:54 AM No comments:

Our Boundless Way Zen summer sesshin ended last week.  Here is the link to the talks by our teachers and senior students.  The topic was Case 96 from the Book of Serenity.

Recordings of the talks from our recent Summer sesshin are now available online at http://www.boundlesswayzen.org/recorded.htm.
Posted by Melissa Myozen Blacker at 7:31 AM No comments:


After a wonderful trip to Europe, I arrived home to find the latest issue of Shambhala Sun, which contains an article I wrote about working with koans.  Here it is, for your enjoyment!

Posted by Melissa Myozen Blacker at 7:30 AM No comments:


Spring has come to Worcester, and flowers are poking up through the brown grass and leaves of winter.  Dogen says, in his essay "Mind Here and Now is Buddha" (Soku-shin-ze-butsu, translated by Gudo Nishijima):  "Mind as fences, walls, tiles, and pebbles is nothing other than fences, walls, tiles, and pebbles.  There is no additional mud or water." Just these flowers, just these stones.  Why do I ask for more?
Posted by Melissa Myozen Blacker at 12:57 PM No comments: 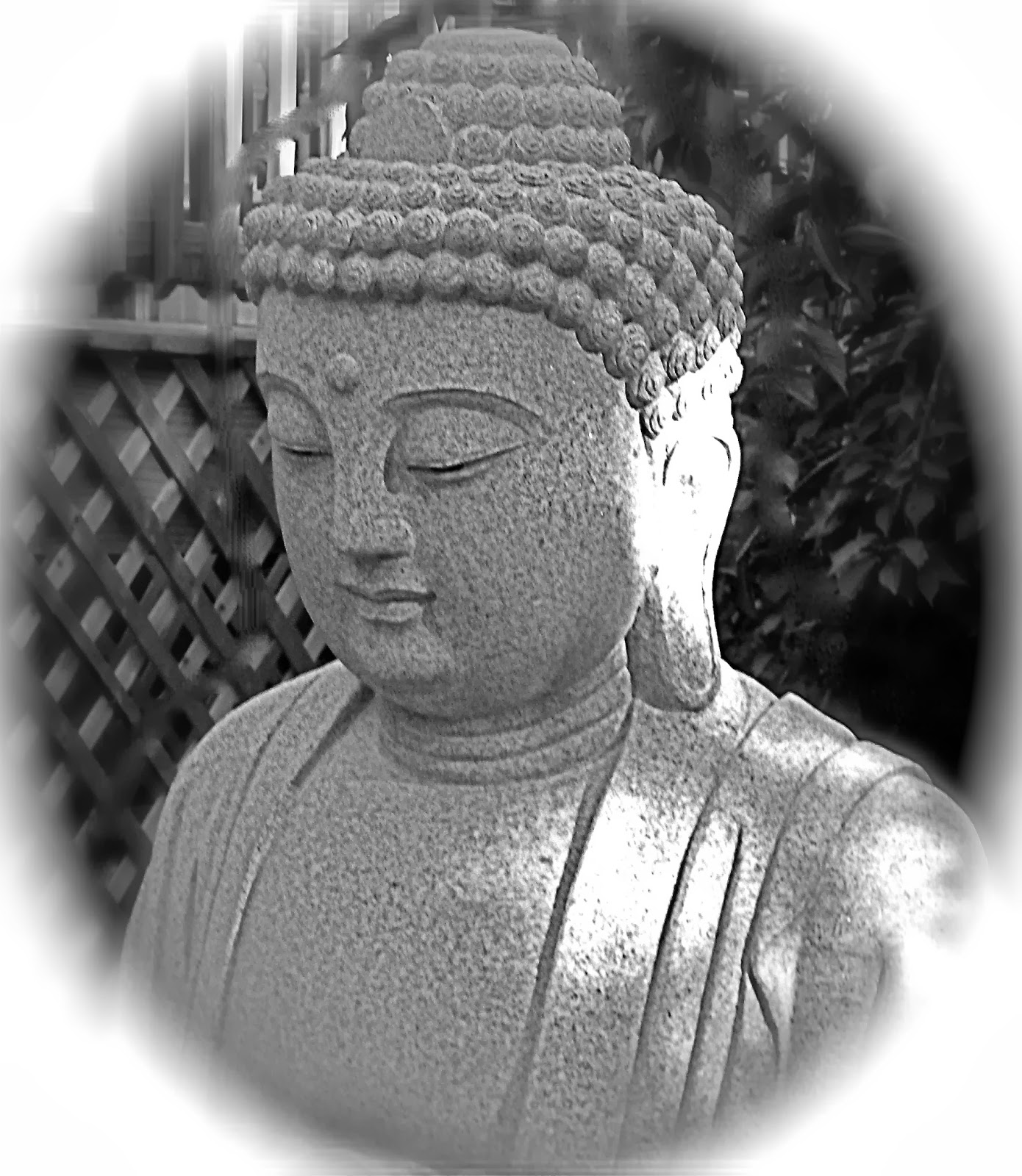 The Boundless Way Zen ango retreat is in its second week at Boundless Way Temple in Worcester, MA. We are hosting an "open-house" retreat, with four practice periods each day that include talks and individual meetings with teachers, as well as sitting and walking meditation.  All of the talks are on-line -- even if you can't join us, you can hear the talks and the discussions (dharma dialogues) that follow at this link:

If you can come in person, here is the daily schedule, through March 12. Ango ends on Thursday, March 13 at 1 pm.

You do not need to register for ango unless you plan to stay overnight.  For overnight registration:  www.boundlesswayzen.org/Registration/Ango.html.  Donations for any part of a practice period will be gratefully received in the collection bowl in the front hallway.

6:00 AM - 8:00 AM Early morning practice period
Includes dokusan (individual meetings with a teacher or senior student)

note: breakfast, lunch and dinner will be served buffet style, so there's no need to bring your own food unless you have special needs, and you won't need an oryoki set.
Posted by Melissa Myozen Blacker at 11:13 AM No comments:

just so inspired by this...


My Zen teacher, James Ford, recently posted this on his blog Monkey Mind.  I couldn't agree more with every word he writes here:

Posted by Melissa Myozen Blacker at 12:52 PM No comments:


I'm very grateful that I can be in touch with people from all over the world, who want to work with me on their contemplative and spiritual practices.  And, as the comedians Key and Peele demonstrate, sometimes the limitations of our internet connection make it all just a wee bit frustrating.
Posted by Melissa Myozen Blacker at 7:11 AM 1 comment:


For about a year, this blog was being reprinted on another website.  Not being a big star of the "interweb", as one of my young friends calls it, I appreciate the few readers I have, and every once in a while, someone comments on something I've written.

I was surprised that no-one ever commented on the reprinted blog entries, so I decided to check in and have a look to see if they were actually there.  And I discovered that people were indeed commenting on them -- it's just that this particular site doesn't moderate comments, and I wasn't set up to receive them in any case.  I've learned that this is a fairly common practice.

My biggest surprise, though, was the tone of the comments, nasty and confused, for the most part.  And the writers were all talking to each other, not to me.  My writing was a starting point for endless arguments about all things Dharma and Zen.  Everyone who wrote in hid behind a fake name, so there was no way for me to respond without adding to the public hoopla.

Chagrined and disappointed, I asked the person who maintains the site to remove my blog, which he did graciously and quickly.  But not before defending the style of the blog comments as a part of free speech, something he believes in very strongly.

As of course, do I.  But I have to say that I'm a fan of open, civil and transparent discourse.  Sometimes we strongly disagree with others, but we don't have to make a hobby of argument.  Nor do we need to hide our identity if there's something important we want to say.

And as they say on the interweb, this is just imho.
Posted by Melissa Myozen Blacker at 11:27 AM No comments:

Having a big container (Joko Beck called this the ABC of Zen practice -- A Bigger Container) doesn't mean that we minimize or ignore our pain.  But held with a spacious view, we may find that our suffering can be borne just a wee bit more than we ever thought possible.  We even develop the capacity to touch the great pain of the world.  Rather than turn away, we can turn towards it, and then act in a way that takes it into account.

Recently, one of my students, Bob Waldinger, sent me this photo of the landscape of Patagonia, with the following comment: "When suffering arises, this is the kind of place that overwhelms that little teaspoon of salt."  Thanks for the photo and the thought, Bob! 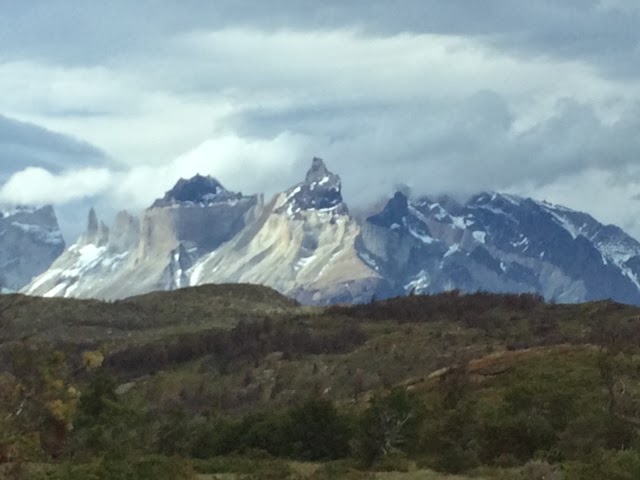 Posted by Melissa Myozen Blacker at 12:33 PM No comments: